What is Sleep Apnoea?

Sleep Apnoea occurs when someone holds their breath during sleeping, or stops breathing many times during the night.

We all know nothing good happens when we stop breathing!

Anything that makes the airway narrow e.g:

Believe it or not, this breathing stoppage is the brains way of keeping you alive!

Only about 5% of Sleep Apnoea patients have this condition. Central Sleep Apnoea cannot be cured by mechanically bringing the jaw forward.

This night-time interruption in breathing occurs due to abnormally low CARBON DIOXIDE (CO2) levels in the blood.

When the level of Carbon Dioxide drops in our blood, it alters its pH (a measure of acidity / alkalinity) by making it increase. This in turn reduces the ability of Haemoglobin to release or ‘hand over’ Oxygen into the cells, whose function it is to make energy for us.

The only way the Brain can achieve Oxygen release into the cells and maintain our energy level, is to lower its pH, by allowing Carbon Dioxide BUILD UP in the blood. We must STOP BREATHING to do this.

WHEN YOU STOP BREATHING:

Thus, when you stop breathing, the Brain achieves exactly what it set out to do in order to keep you alive! When it does: WE START TO BREATHE NORMALLY AGAIN once normal levels of Carbon Dioxide are established.

HOW DOES A REDUCTION IN CARBON DIOXIDE HAPPEN?

Mouth breathing allows too much vital Carbon Dioxide escape from our body particularly at night. Think of what might happen if you open a can of coke before bed, and leave it sitting on the bedside table?

Remember that this is a carbonated drink and full of ‘fizz’! Well?

Yes, all the ‘fizz’ would be gone in the morning!

The same thing happens to us if we sleep with our mouths open. We lose too much Carbon Dioxide, and we are low in energy, of ‘fizz’ in the morning.

Patients are often referred for a “Sleep Study”. This requires an overnight stay in hospital where special records are taken of patients sleeping pattern, as well as blood tests to determine the level of blood gases.

Once the obvious E.N.T problems have been eliminated, it is VERY important to establish proper Nasal Breathing at night.

Nasal Breathing restores the correct gas levels in the blood, hence both normal breathing and proper sleep can be restored.

We advice patients to do Our Breathing Well Program or a Buteyko Breathing Program.

When all else fails and Sleep Apnoea is severe and life threatening, then patients need to use a special machine at night that pumps air into the lungs. This machine is called a CPAP machine.

Directions to our Clinic

Always there to care.

We are here to help.

My experience in the O Connor dental health was pleasent.As a person who is nervous about visiting the dentist i felt very relaxed both in the waiting room and on the chair.Over the years i have attended a few different dentists and this has been the one practice where i felt relaxed and at ease due to the care of the staff. Before my procedures it was explained to me by the staff what to expect and i found this helped put me at ease. For any one who is nervous of visiting the dentists i would strongly recommend this practice.

My daughter needed orthodontic treatment. Tony did a very comprehensive plan for my daughter and went through it with me and my daughter in great detail before he began the treatment. We knew how long it was going to take and what exactly was involved. What I liked about Tony was, he was so enthusiastic himself about the treatment and took great pride in getting it right, tweaking a bit here and there to make sure he got the best result. He explained everything to my daughter and encouraged her through the treatment. Tony does not just look at the teeth but also the shape of her mouth and the overall look. I would highly recommend Tony and his team, he is a genuine, passionate and meticulous about his work and a very nice person as well. My daughter has a lovely smile and my younger daughter can't wait to start her treatment as she sees the fantastic results of Tony's work and can't wait to have the same fantastic smile.

At O'Connor Dental Health we aim to provide a relaxed family atmosphere that is enjoyable for all ages.

We offer a wide range of treatments, including early intervention for children, orthodontics for teens and adults and a multitude of general dental services

Locally Based in Ballincollig, Cork

Our state of the art clinic is located in Ballincollig, Cork. We have ample parking available, comfortable waiting room and a multitude of nearby shops and amenities.

Our Reputation speaks for itself, we have the highest number of positive reviews in the area, and always ensure that our patients leave happy with the service and treatment where possible. 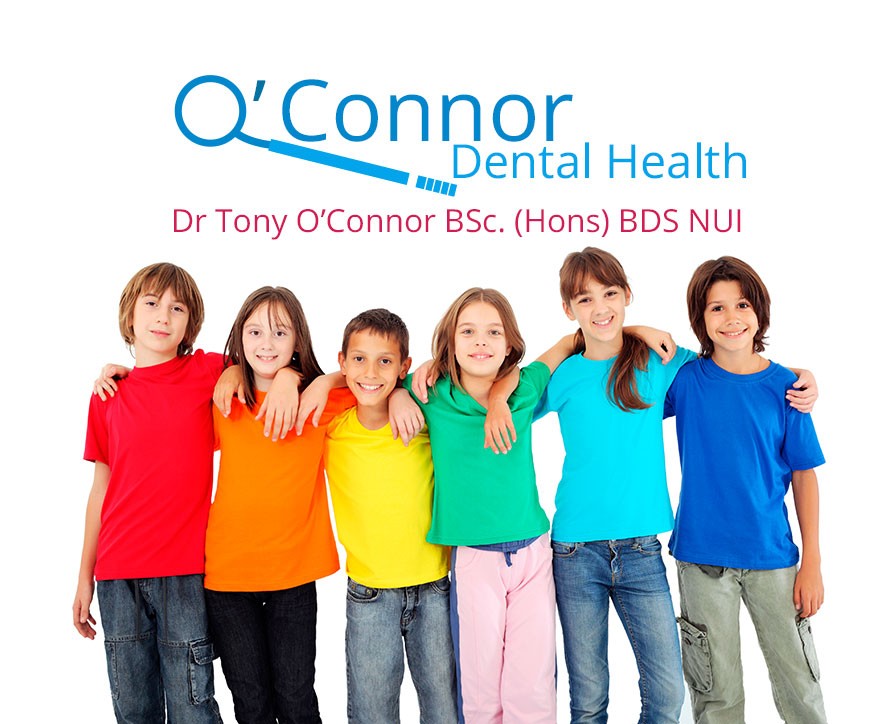 We are here to help, if you have any questions or concerns please